What a week to be out in the Balule Game Reserve, we had rain all week long! When we embarked on a sunny afternoon drive at the beginning of the week excited for the unknown, little did we know that it would be the last sunny afternoon. We had to cover ourselves in ponchos for 5 consecutive safaris but for those that braved the cold rainy weather, they were greatly rewarded.

Have you ever seen a black rhino? Well we were treated with quite a few encounters this week and to highlight one was very easy. One of the females was seen with her calf, for those that have encountered a black rhino will know about their character, and on approach the calf immediately charged the vehicle stopping only meters from us. Luckily for us the little one’s mother wasn’t to bother by it and it was something we could laugh about.

Chavaluthu was seen once again and he is truly a magnificent leopard to watch. The bush is extremely thick at the moment and the grass quite tall, so to get out of the wet grass he decided to rest in a marula tree from which he could scan his surroundings as well.

The Kudyela pride along with their cubs were seen almost daily this week. They all went down into a large drainage line one morning and we managed to position ourselves perfectly to watch the all come down into the sand. Each of the lions found a comfortable spot in the sand to lie down and gave us more than enough photographic opportunities. The cubs were not playful at all and rather used the time to rest as the pride have been on the move lately.

A buffalo bull tested several females to see if one might be ready to mate. 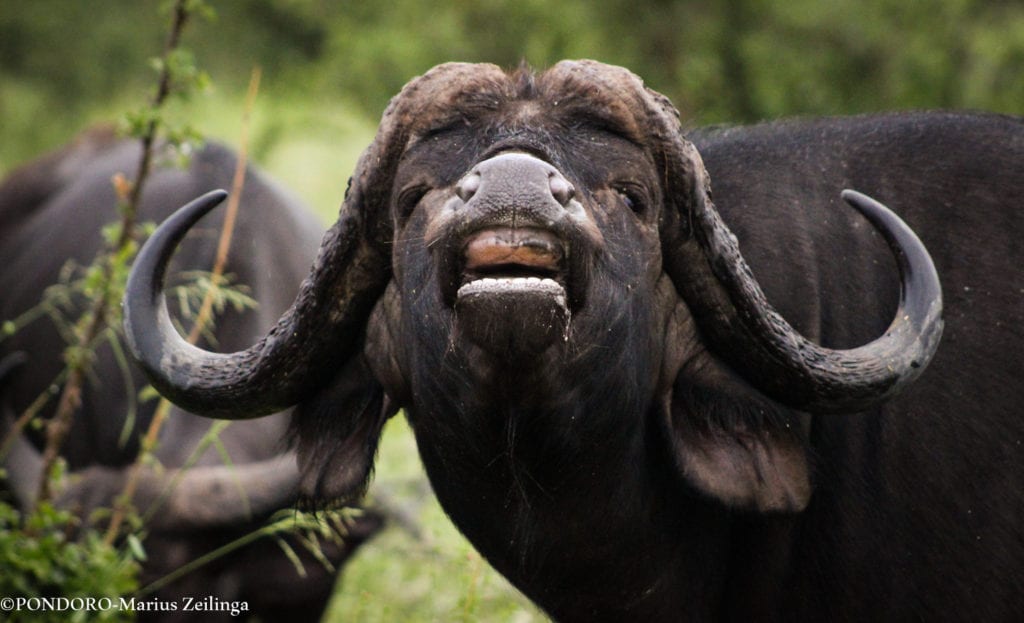